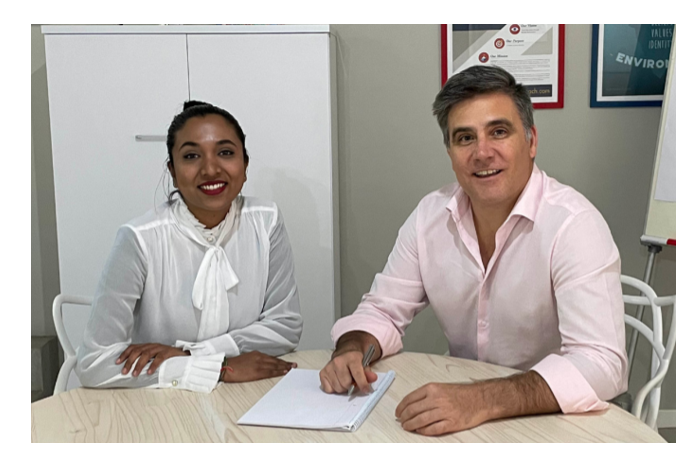 Business owners are the future of the SA economy. No government or politician will be able to solve South Africa’s burgeoning unemployment crisis – but business could cut the latest disturbing statistic in half if they joined forces.

Trevor Clark, business coach at ActionCOACH Business Mastery in Durban challenged South African business owners to support the EveryONE EmployONE initiative by employing just one extra person in their businesses.

“I was delighted to get behind this project and I am encouraging my clients and partners to do the same. This campaign encourages all of our business owners and entrepreneurs to employ just one more person in their businesses. With around 3.5 million businesses currently in South Africa – from informal traders to Small, Micro and Medium Enterprises (SMMEs), large business and even corporates – we are the solution. If EveryONE employs just ONE person – we would cut the official unemployment figure in half,” he said.

Pointing out that collective action from South African business owners would have a huge impact on South Africa’s economy and that a healthier economy would, in turn, impact positively on every business, Clark said that Business Mastery had decided to practice what it was preaching by employing an additional person two weeks ago.

As the company’s new Practice Manager, Preanka Persadh will be based at its Durban office.  “Right now, we are promoting this initiative to our clients and alliance partners. I am also happy to offer a free coaching session to any business owner wanting to get behind this initiative. They might be thinking of hiring but need some help on how to recruit well. They may need help on how to budget

for the new person, how to set a new person up for success or manage that person’s role within their organisation,” he explained.

“Tuesday February 23 was a really dark day for South Africa – or, at least, it should have been if one had really been paying attention. On that day Stats SA released its Quarterly Labour Force Survey (QLFS) results which showed South Africa’s unemployment had again increased and now stood at 32,5% or 7,2 million people. To make matters worse, that’s only the ‘official’ unemployment figure.

Expanded unemployment now stands at over 11 million people or 42,6%,” he said.

Welby-Cooke suggested that it was easy for South Africa to simply glance over the stats and even easier to lose perspective. To right any wrong perceptions, he explained that the number of jobless people in South Africa was equal to the entire population of KwaZulu-Natal or even the whole population of a bustling city like Cairo plus Soweto.  He pointed out that employment gave South Africans a chance to take back control of their lives.

“Human beings are wired to contribute but, without employment, there can be no contribution. There can be no fix. There is a solution, and we are that solution. Each and every one of us. Solving the unemployment crisis lies in the lap of every business owner and entrepreneur,” he said.