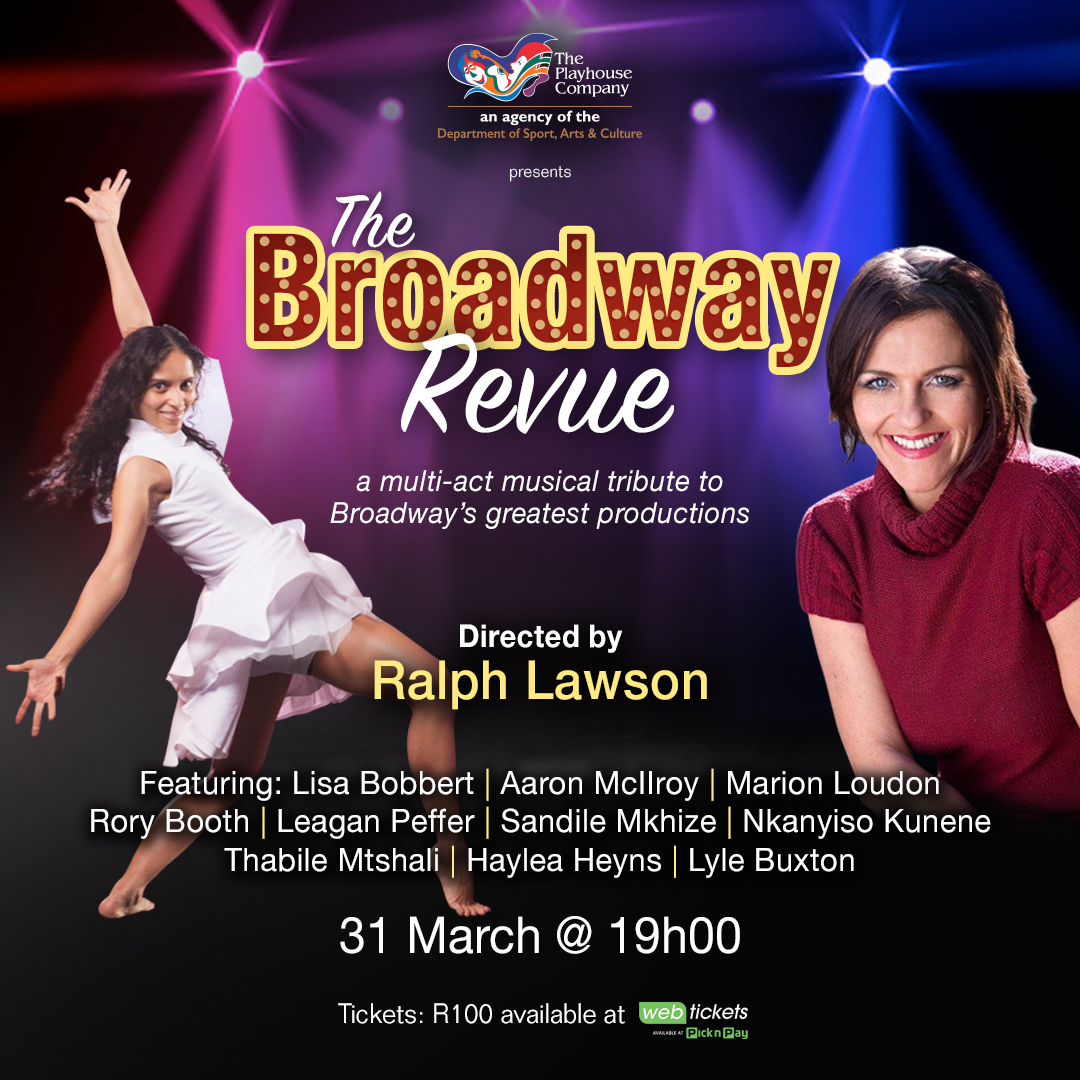 We are pleased to announce The Playhouse Company’s latest production The Broadway Revue, a deliciously off-beat mix of some of Broadway’s most popular showstoppers.

The bright lights of Broadway are coming to The Playhouse Company this March in a high-energy musical performance: The Broadway Revue.

Devised and directed by Ralph Lawson, the show is a humorous ‘behind-the-scenes’ peak at the lives of the characters and the actors who perform them in some of the best-known and well-loved productions that have made Broadway history, including Dear Evan Hansen, Chicago, Wicked, The Lion King, Les Misérables and Phantom Of The Opera, to name a few.

This performance will take place in the Playhouse Drama Theatre on the 31st of March at 19:00 and promises to provide an amazing spectacle that can be enjoyed by the whole family.

Due to social distancing requirements, seats are limited. Tickets cost R100 and can be purchased online via WebTickets or via The Playhouse Box-Office — Phone (031) 3699 596/40.

2 thought on “The Playhouse Company Presents The Broadway Revue!”