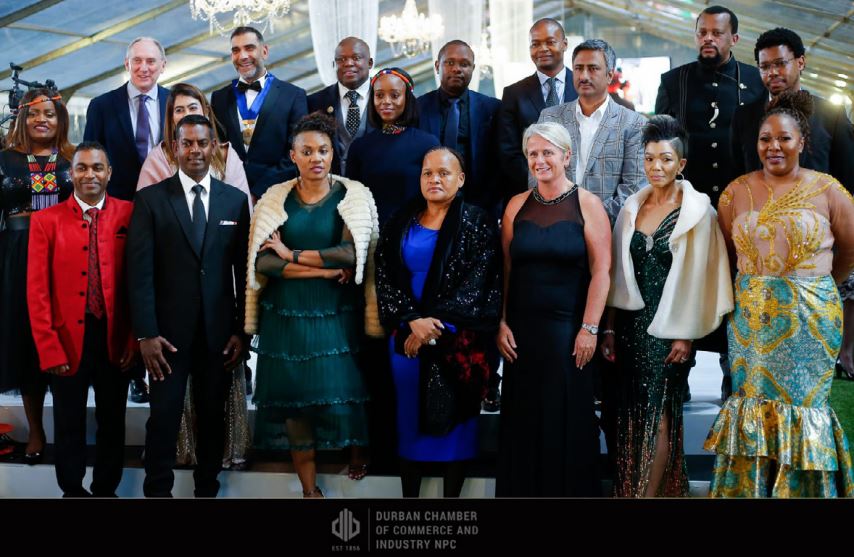 The Durban Chamber of Commerce and Industry inaugurated SanDock Austral Shipyards CEO Prasheen Maharaj as its new president at a glittering gala dinner held in the city on Tuesday night.

Maharaj succeeds Nigel Ward, Executive Vice President of Toyota SA, who has served in the chamber role for the past three years. Maharaj, addressing guests at the ceremony, said he would focus on three aspects of business – driving membership, revenue generation and protecting the brand’s legacy – during his tenure as president. He said entrepreneurship held the key to unlocking job creation and economic growth in the country.

“This country needs an entrepreneurial revolution if we are to address the triple challenges of poverty, inequality and unemployment. Entrepreneurs, through starting a business, can create

“The US Chamber of Business has three million members, 90% of which employ fewer than 100 people and 70% employ fewer than ten people,” said Maharaj. He said the DCCI was committed to be a pillar of strength as entrepreneurs began their business journey.

“The DCCI will create new business opportunities for its members and build a conducive and resilient business environment. We have to reduce the trust deficit between the public and private sectors and one way for this to improve is to reduce the ‘do-say’ ratio so there is timeous delivery on the promises you make.”

Maharaj said a “conscious capitalist” mindset would be an invaluable partner to helping achieve this as he firmly believed that “doing good, is good for business”. “If just some of us embark on this journey together we will create a snowball effect.” Maharaj is a multi-award-winning business leader and a noted deal maker who has secured a number of multibillion-rand projects for his organisation. He has led the execution of several complex, multi-year mega projects in the marine and defence industries.

He is a Masters Graduate in Finance and Business of the University of KwaZulu-Natal and is pursuing further post-graduate studies at the London School of International Business.