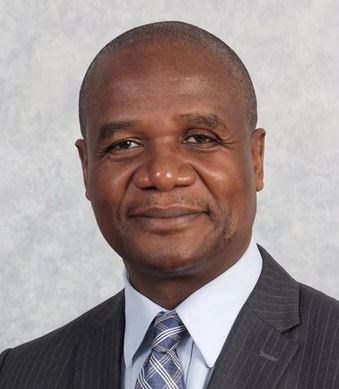 The week of the 8th to 15th April 2022 will never be forgotten in the minds of many people of the KZN Community as no one can claim to have not been affected, directly or indirectly, by the events related to the floods that engulfed the Province. Days of heavy rains across the Province led to deadly floods. Particularly hard-hit were areas in and around Durban. At least 435 people died across the Province, with an unknown number of people missing as of April 2022. Several thousand homes were damaged or destroyed. Critical infrastructure, including major roads, electrical systems were also impacted by the flood. It certainly was one of the deadliest natural disasters in the country, and deadliest storm since the 1987 floods. After almost two months of the floods having occurred, leaving many people destitute, with some losing family members, their properties and belongings, it still feels like this was a yesterday’s event.

I am a resident and part of the Dassenhoek Community which is located in Ward 14 of the eThekwini Metro. The ward is one of the most under resourced areas under the Tribal Authority where water, electricity, roads and high levels of unemployment are serious issues. Like many other Communities, Dassenhoek was also not sparred from the wrath of the floods. The ward also experienced steady but consistent rainfall that began on the 8th April, and lasted the entire week. The rain that began pouring steadily but consistently could be described as good rains for the farmer. However, as the days progressed it was becoming evident that the rains were becoming destructive as infrastructures started crumbling, houses collapsing with occupants inside, resulting in deaths for some and to date, there are those whose bodies have not yet been recovered. The magnitude of these floods led to the Province being declared a National Disaster Area.

For this Ward, this was the beginning of a major operation to be executed by young activists organized under the banner of an NPO called Faith and Hope. Without any resources these young men and women walked kilometers in heavy rain trying to identify houses that had been affected, pulling out the victims and getting them into the Community Halls, which had been identified as safe havens for the flood victims.

As a Social Activist myself I was finding it hard to be a spectator and not get involved when I could see the pain that people were going through. This meant working with Faith and Hope and other formations. These are young activists who worked tirelessly day and night under extremely difficult conditions trying to identify affected families for placement at the Community halls.

Most of the occupants in these halls are women and children and very few men. This raises a lot of questions on the role of men in the society. There is a combined total of 90 people that had been living in these two halls, and until such time that the Government is able to allocate housing for them, their fate remains in the hands of various Donors who be willing to assist. With so many people that had been affected by the floods, assistance becomes limited. I must mention that without resources it becomes a huge challenge to assist in a meaningful way in situations of this and similar nature , and this is when networks become useful. The extent of the damage caused by the floods in the Province was so severe such that a lot of resources had to be mobilized through various organizations that were ready to help with different interventions such as mattresses, blankets, food and clothing as immediate needs. To this effect, the Community is very grateful for the support received from organisations such as Robinhood Foundation, DRG Outsourcing, the Nelson Mandela Youth Centre and many such organisations and individuals.

Faith and Hope continues to play a vital role in communicating with various community structures and leaders, these included the CPF, Ward Councilors, Churches, Civil Society and Government Departments. This role included making arrangements for funerals for the deceased . The struggle continues for these affected families due to the fact that although the floods have come and gone, their lives have changed for ever, the impact of the floods have left permanent scars in their lives . Living in the Halls means a new way of life for the victims and it goes without saying that this new way of life is not pleasant. Their right to privacy has been compromised, health and safety issues remain a challenge as hygiene products and supplies run out quickly since the donations are not sustainable. Since these are community halls, from time to time halls are required for community events, meaning that the victims would find themselves having to give space for that period.