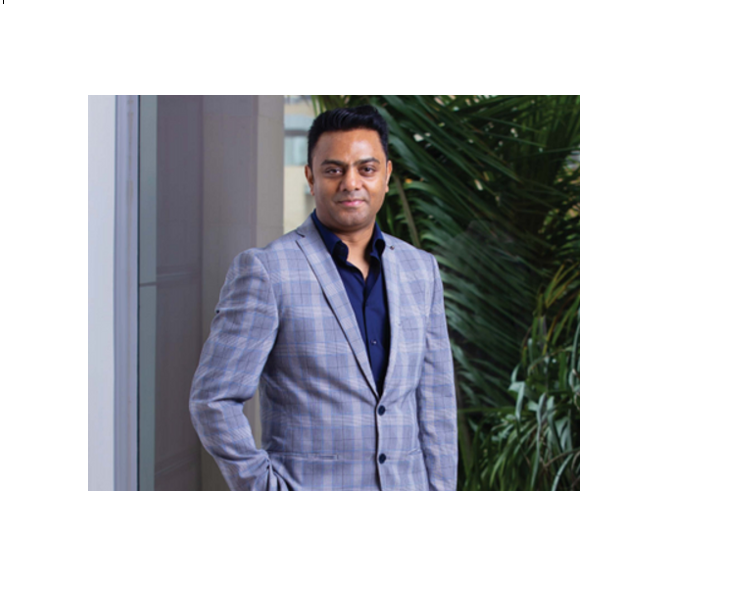 Hameed Noormahomed is the Standard Bank Head of Business Clients, Client Coverage, KwaZulu-Natal. His role comprises the management of Business, Entrepreneur, and Enterprise banking within KZN.

Commenting on his professional career thus far, Hameed says, “I have had an enjoyable journey and accomplished much along the way. I have walked the long road and saw opportunities instead of challenges. I dreamt big and wanted to succeed in everything that I did.”

He added, “I believe that my success is related to the importance of not forgetting my roots and remaining humble throughout. I never forget who I am and where I come from. In order to be successful, one must be honest and dedicated, have perseverance and importantly have the passion and willingness to win.”

Hameed lost his mother in his teenage years and his father brought him up together with his sister and brother. “My father had limited schooling and no formal qualifications but learnt the welding trade from other trade professionals. My mother was the brains of the house. She was a self-made

entrepreneur who worked as a dressmaker for a local boutique.” The determination of his parents to provide for their family set the work ethic that was to drive Hameed’s career path.

During his school holidays and needing to earn some money, Hameed worked at a service station as a petrol attendant on weekends. “The service station owners are clients of the bank and had such pride in my achievements including the fact that I once worked for them later becoming their Bank Manager,” explains Hameed.

While Hameed‘s dream was to be an attorney, coming from a disadvantaged family meant that obtaining a tertiary education wasn’t easy. After only completing one year at university, he had to

find suitable employment and study part time. His first job was as a salesperson for a lighting company in Pietermaritzburg. Fortuitously, Hameed responded to an advertisement to join Standard Bank. After completing the application process, including undergoing psychometric tests, he was recruited as a banker.

Through the 1990s, Hameed continued to study law part time. His work experience at the bank led him to discover that being an attorney could be very tough and that some attorneys struggled to make a decent living, which persuaded him to change his career trajectory. Following a banking career offered much potential and his dream changed to one of becoming a Bank Director, which still drives his ambitions today. He added, “I saw in the end that in every job there are some people who are successful and those who are not. It is one’s positive attitude, agility and drive that makes one successful in life.”

Hameed completed his BA Law degree at UNISA, then went on to graduate with an Honours in Public Administration. He also completed the required banking exams with The Institute of Banking, CAIB(SA). His pursuit of academic knowledge also led him to complete a BCom (Marketing Management), a Post Graduate Diploma in Management (University of Natal), and an MBA at Mancosa. He later completed a Masterclass in Strategic Client Management at University of Cape Town Business School.

Whilst studying, Hameed’s banking career was progressing simultaneously. He joined FNB and ABSA as a Portfolio and Relationship Executive respectively. He was re-employed at Standard Bank at the end of 2011 with a stint in Corporate and Investment Banking, which gave him much exposure to Public Sector, Local Banks and Multinationals. This experience provided him with a good grounding for his career to advance.

In 2016, Hameed was promoted to the Head of Business Banking in KwaZulu-Natal, an achievement which he says was very gratifying. Important aspects of this role included ensuring Business Banking Clients obtained client value from Standard Bank by partnering and helping these clients to grow their businesses in the African economy.

After a couple of years in Business Banking, Hameed was promoted to Standard Bank Head of the Central Region in KZN, Retail and Business Banking which comprised the Dolphin Coast, eThekwini, and the Hibiscus Coast Region. Hameed looked after both the Business and Retail markets. He was then promoted to his current position on 1 January 2021. His diverse role is to drive the performance of the bank’s management teams and to ensure that all Standard Bank’s objectives are met in a holistic manner. This includes the key strategic priorities of Commerciality, Customer Obsession, Risk and Conduct and People Management across a diverse team over several sectors.

The role includes the FAIS oversight within the bank. Commenting on his leadership role, Hameed says, “It is most important to be a leader rather than to manage people. He strives to lead through his charismatic nature and is concerned about his team’s welfare, nurturing and encouraging them to grow and learn.

“You need to be fair, honest, open and transparent and always be there for your people. Coach them and mentor them when they need it. Mentoring and coaching helps grow our people and make them future ready. You need to have an understanding of the people that you work with, what

makes them tick and what they are going through on a day-today basis.” He added that it was important to listen to the internal micro and external macro environment, which keeps changing constantly. Currently the external environment has been disrupted by Covid 19. In response to these changes, the bank’s customers are evolving.

“An important part of modern banking is how do you create client value by solving for their needs now and in the future?” Digitalisation has grown customers and stakeholders who are well tuned in to a modern working environment. Each customer wants to be treated differently and the bank needs to have flexible tools with which to do so. Customers require 24/7 access to banking services and rely on the digitalisation of services with on call backup services when needed. However, hybrid banking services are still required as there are many clients who still want to go into a physical bank (Brick and Mortar setup) in order to have personal access to banking staff when necessary.

When looking at the people who have inspired him in life, Hameed points to Mandela’s charisma and compassion for people. “I looked up to him as being honest, open and trustworthy. He exemplifies leading by example.”

His advice to young people entering the banking field would be, “Be passionate, committed and dedicated. Stick to the course. It’s not easy to get to where you want to be. Treat everyone the way that you want to be treated, which is with respect and dignity. Be yourself, be open and listen.”

In his downtime Hameed enjoys gym and the creative side of property refurbishments. However, he says that spending quality time with his family is of utmost importance to him as they are his foundation, who have backed him and recognise what he has achieved over the years. Hameed concluded, “To be able to harvest one needs to plant seeds. Plan to achieve, implement and execute the plan. If you do that you will be successful in life.”