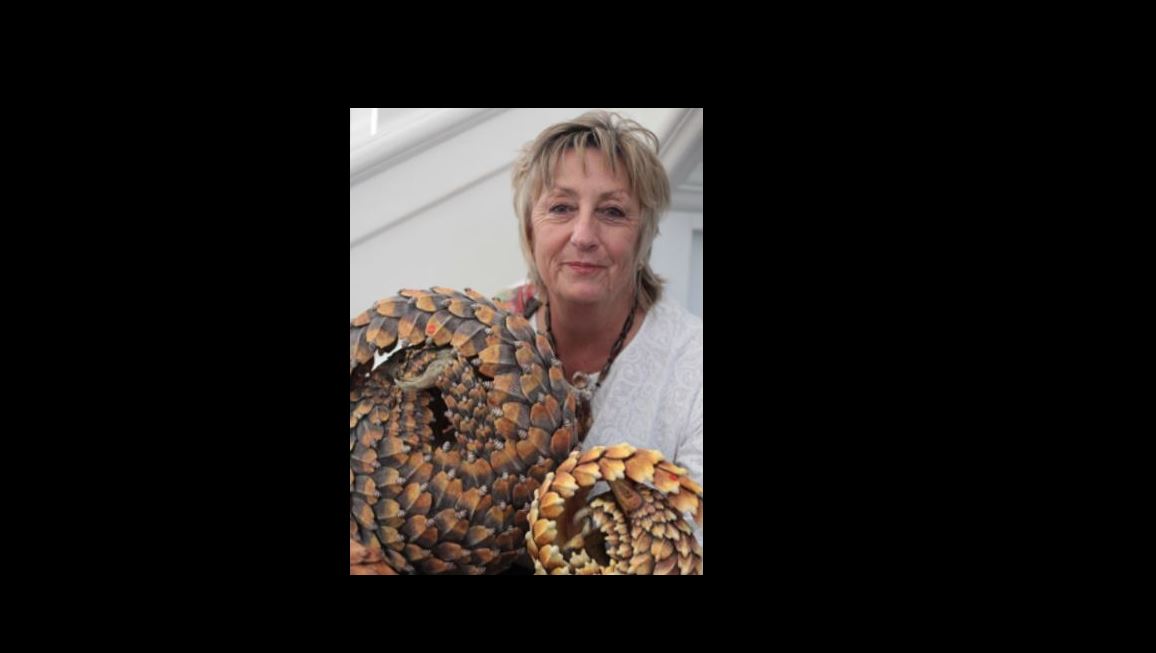 Fée Halsted, one of the Standard Bank KZN Top Business Women 2021, has been recognised with a National Order 2021 award.

President Cyril Ramaphosa recently bestowed the National Order awards on distinguished citizens and foreign nationals who have made a significant impact on improving the lives of South Africans. The National Orders are the highest awards that South Africa, through its president, bestows on its citizens.

Fée, the founder of Ardmore and creative director of Ardmore Ceramics Studio, was awarded the South African Presidential Award ‘The Order of Ikhamanga’ in silver for her contribution to the visual arts and generous transferring of skills to others.

Fée Halsted is an academic and award-winning artist, with manifest passion and tenacity. Amongst some of her awards, she and her protégé, Bonnie Ntshalintshali, jointly won the Standard Bank Young Artist Award in 1990. Fée was awarded an Honorary Doctorate in 2016 from the University of KwaZulu-Natal.

Fée describes Ardmore as being “recognised by its colourful and quirky designs and is proudly South African”. She goes on to recount that “Ardmore started with one-of-a-kind ceramics and 10 years ago we developed our wonderful designs into fabrics and homeware products. We also collaborate with British wallpaper company Cole & Son and have just launched into the fashion accessories industry.”

Ardmore was established in 1985 and has since grown with Fée currently mentoring approximately 50 artists. Commenting on the growth of her company Fée says, “I believe my greatest achievement is giving people, without opportunity and little education, self-worth. I have grown rural people, people with disabilities and learning disorders into people who stand tall in their community and can feed their families.”

Today Ardmore is a successful international business. Ardmore’s ceramics have been acknowledged as a “modern day collectable” by prominent auction house Christies of London. Fée believes that the success of Ardmore is based on her brave pioneering spirit, her tenacity, self-belief, and her determination to strive for excellence. She, however, couples these wonderful characteristics with having a ‘heart’ in the business by acting as a ‘mother’ to her artists with a nurturing forgiveness, and sometimes with tough love.

In response to the Covid-19 pandemic, and again evincing Fée’s tenacity, she goes on to recount how Ardmore adapted: “Thank goodness my children were there to assist me and adapt to the situation. We very quickly had to shift the business from an in-store sales model to an online sales model, as so many have had to do.

We held online auctions and exhibitions to try and boost sales. During Covid we have created ceramic artworks that have delighted our collectors by using animals that have symbolism and meaning,” “We used the pangolin as a major theme of the pandemic. The pangolin symbolises hope. Its scaly exterior and defensive curled posture, when threated, are symbols of protection and safety,” explained Fée.

“Our artists created masked monkeys teaching the rules of safety to prevent catching Covid, men pushing wheelbarrows filled with contraband and elephants sanitising monkeys’ hands. We created masks from our fabric designs and gave the proceeds to our local community food bank. These same masks were seen in British Vogue magazine and on the catwalks of New York Fashion Week in 2020.”

The future for Ardmore lies in the hands of the next generation. Fée’s children Jonathan, Catherine and Megan are all passionate about the business and many of the artists’ adult children have now joined the Ardmore studios and are developing into talented artists themselves.

Recently Ardmore has created an Arts Trust, as art education is sadly lacking in local schools. Ardmore hopes to provide creative education for under-privileged children in the community and have partnered with Thebilithle School in Howick.

Fée believes there is huge raw talent within South Africa’s local communities, simply waiting to be unleashed. Fée states that “All it takes is a little encouragement and nurturing.”