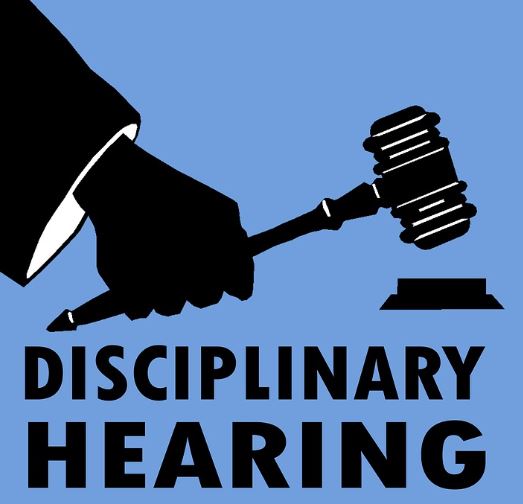 Although an employer’s main objective is to make a profit, like any human relationship, the employer/employee relationship ought to be built on trust and mutual respect, thereby maintaining a harmonious working environment and a pleasant employment relationship.

In order to achieve this, an employer must maintain discipline in the workplace, which should coincide with the principles of fairness by consistently applying discipline equally among all mployees who commit misconduct.

Legislation, in particular the Labour Relations Act 66 of 1995, sets out mechanism’s employers can utilise to maintain discipline in the workplace, follow procedures set out therein and eventually have fair reason to impose a fair sanction. Employees must be made aware of the standards of behaviour that is expected of them in the workplace.

Our law does not prohibit dismissal. However, there are consequences for employers who unfairly dismiss employees. Therefore, the Labour Relations Act, together with the Codes of Good Practice contain guidelines for employers to follow when disciplining employees. The Labour Relations Act sets out procedures which employers ought to follow which would assist them in fairly complying with the procedural aspects of a dismissal. For an employer to prove the fairness of a dismissal, it must prove that a fair procedure was followed and the employer had a fair reason to dismiss.

The same principle mentioned above would apply to other disciplinary actions such as written warnings, and final written warnings. The employee must be given a fair opportunity to be heard, before any decision, or sanction is imposed. It is advisable that employers conduct some kind of investigation into allegations before proceeding with any disciplinary action. Although it is not required in every circumstance for an employer to conduct a formal in-depth investigation, it is advisable that an employer ought to have, at the very least, basic evidence to support the allegations before deciding to proceed with any disciplinary action.

Employers should also ensure their disciplinary policies, procedures and codes of conduct are consistently applied, which can be read in conjunction with any Code of Good Practice under the Labour Relations Act. Section 188 of the Labour Relations Act provides that, in order for a dismissal to be fair, it needs to not be automatically unfair, and moreover the employer must be able to prove that a dismissal was procedurally and substantively fair – a disciplinary hearing forms part and parcel of a fair procedure. It is crucial that an employer follows the correct procedures, especially when dismissing an employee.

A disciplinary code should include clear rules and procedures for the workplace. When an employee fails to follow these, the employer can apply progressive discipline (warnings) or, in cases of severe misconduct, proceed directly to a disciplinary hearing.

Did the employee do something wrong?

In respect of this question, we often see employees adopting an attitude of “Well, prove it”. The difficulty with this approach is that employees fail to appreciate the difference in proving matters using the civil onus versus the criminal onus.

Internal disciplinary matters are considered on a balance or preponderance of probabilities. This essentially means “which of the various versions is more probable?” An employer is not required to prove beyond a reasonable doubt that an employee committed misconduct (the criminal law onus used by the state in prosecuting criminals). A manager considering whether an employee broke workplace rules has to evaluate the evidence and argument available, then determine which version is more probable. There may still be reasonable doubt as to whether the employee committed the misconduct, but based on the probabilities, the manager should be comfortable that the employee probably committed the offense.

Employees folding their arms, waiting for the employer to prove the case against them are regularly surprised when the chairperson of the inquiry rules against the employees. Where the employer puts up a plausible case, the employees are obliged to present a version that is more probable if they wish to escape a finding that they committed misconduct.

The employer should issue the employee with written notice of the disciplinary hearing containing the date of the notice, the date, time and place of the hearing, as well as the charge/s against the employee.

Sufficient notice must be provided to the employee in order to allow the employee reasonable time to prepare his/her case against the allegations. Generally speaking, two working days (minimum 48 hours’ notice) should suffice. Depending on the complexity of the charges, more notice and a reasonable time may be required.

Over and above a reasonable notice period, the employee is entitled to be provided with sufficient information and documents as requested in order to understand and fully prepare for the charges against him/her. As per the purpose of a hearing, the employee has a right to state his/her case and to present a defence by leading evidence in the “rebuttal of the charge” and “to challenge the assertions” of the employer.

As the employee has a right to be fairly judged, disciplinary hearings should be heard before an objective and impartial chairperson who preferably has knowledge of labour law. It is the chairperson who needs to “weigh the evidence for and against the employee and to make an informed and considered decision” in favour of the party whose version is the most probable.

After the conclusion of the disciplinary hearing, the employer should communicate the decision taken to the employee and preferably furnish him/her with written notification of that decision. Should the employee be dismissed, the employee should be provided with the reason for the dismissal, as well as reminded of his/her right to Appeal the case, or refer the matter to the CCMA or council with jurisdiction.

Should the employee fail to attend the hearing: –

Parties to be Present at a Formal Disciplinary Hearing

• The chairperson, who should be unbiased, partial and objective

• The complainant, the employer instituting the disciplinary charges against the accused employee

• The respondent, the accused employee

• The respondent’s representative, if elected

• An interpreter, if required

Following the chairperson’s introduction to the parties, as well as the introduction of each party to each other, the proceedings can begin and each party will have an opportunity to deliver an opening statement.

An opening statement is generally recommended as it provides a brief overview of the matter to the chairperson, setting a good backbone for the matter that is to be heard.

Once the above has been established, the chairperson will proceed with the hearing and the complaint will lead its evidence in chief. The respondent will be allowed the opportunity to cross-examine the complaint’s evidence/witnesses before presenting and leading his/her own evidence in chief. The complaint will be afforded the same opportunity to cross-examine the respondent’s evidence/witnesses.

The chairperson is required to listen to each party’s evidence fairly and will likely adjourn the hearing in order to weigh up the evidence presented.

The Complainant and respondent will be required to summarise their presented versions, and also include any further information for motivation to support their side of the case.

Before the hearing is officially concluded, the respondent should be made aware of the avenues available to appeal the outcome or to refer a dispute.

Postponing a hearing It is not always possible to proceed with a disciplinary hearing on the agreed day. The chairperson therefore has to decide, at his or her discretion, if there are sufficient grounds for postponing the hearing after objectively considering the request and evidence for postponement. When a role player is unable to attend the hearing, the chairperson should consider the importance of that person to the hearing, as well as whether the reason for his or her absence is valid.

The following are valid reasons for postponing a hearing:

• Illness: The chairperson should request sufficient proof of the illness, such as a medical certificate.

• Transport difficulties: The chairperson should use his or her discretion to determine the validity of this.

• A family emergency: The chairperson should request sufficient proof of this, such as a death certificate, or doctor’s certificate.

• Insufficient notice to attend the hearing: An employee must receive notice, in writing, to attend a disciplinary hearing at least 48 hours before the hearing is scheduled.

• The employee or employee’s representative should also receive adequate time to prepare; if sufficient time to prepare was not given, the hearing must be postponed.

• Influences on the hearing: It is in the best interest of all attendees of the hearing to be told, well in advance, of any facts that might affect the outcome. These include, for example, if a role player is under the influence of drugs or alcohol, or requires an interpreter, or if relevant new information has emerged.

What happens after a postponement?

Once a hearing is postponed, the employer has to issue the employee with a new notice at least 48 hours before the next hearing is scheduled.

What is the appropriate sanction?

The next common mistake made by many employees in internal hearings is an unwillingness to acknowledge their mistakes or wrongdoing. Dismissing employees is the final act in managing risk posed by errant employees to the business.

Where an employee is found to have committed misconduct, the presiding officer has to consider the risk posed to the organisation of the employee repeating the misconduct.If employees are unwilling to acknowledge wrongdoing and recommit themselves to the values of the company, the lingering doubt will be whether the employee will contravene the rule again in future.

In practice, it is difficult to convince an employer to take a chance on the employee and extend a lifeline where the employee remains steadfast that he or she did nothing wrong, even after the hearing’s finding to the contrary.

Showing true remorse and pledging full support to ensure that such behaviour is not repeated can go a long way in comforting an employer that retaining the employee in service will not result in undue risk.