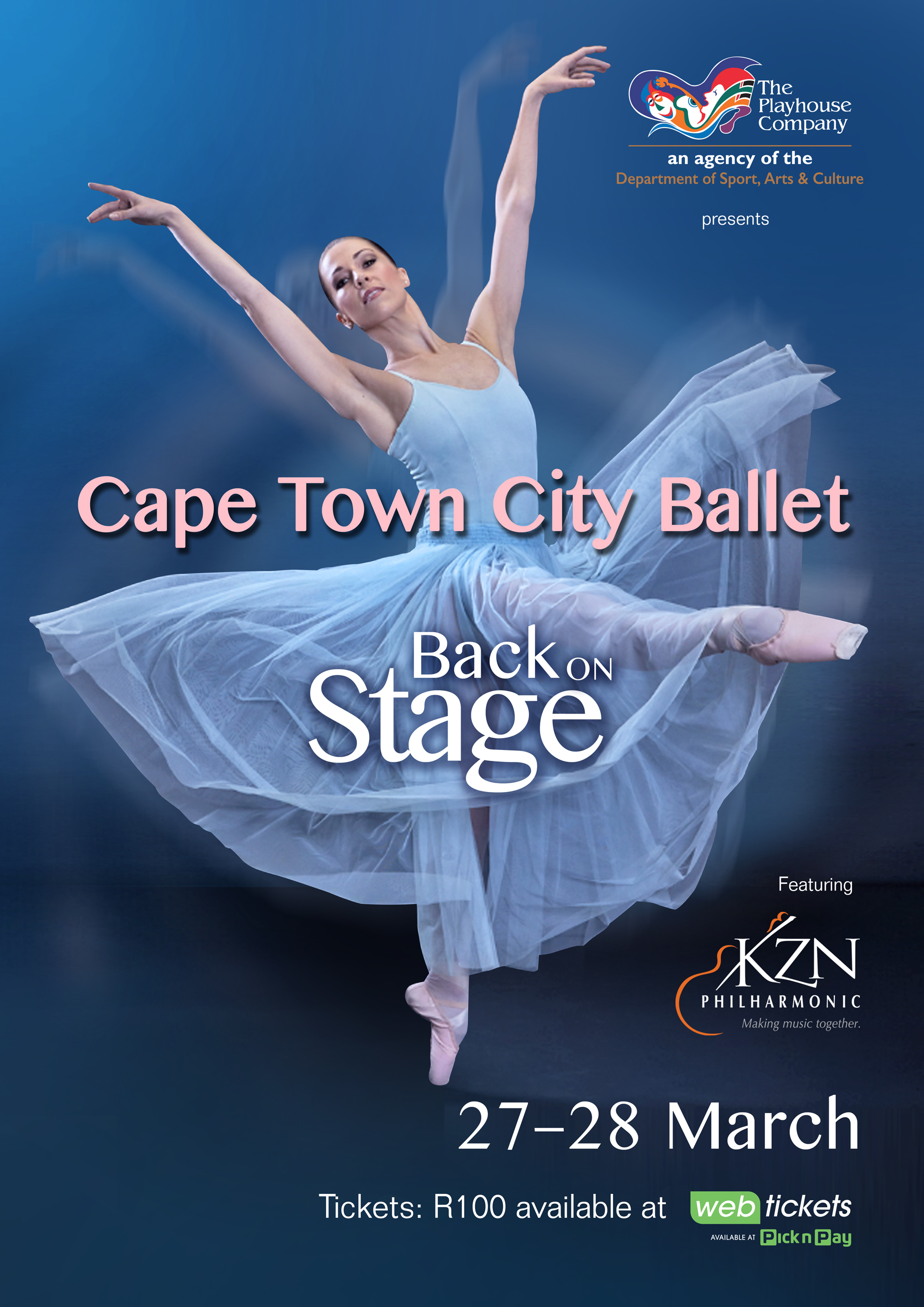 The Playhouse Company presents Cape Town City Ballet Back On Stage from the 27th to the 28th of March 2021 in the Playhouse Opera Theatre. The production will feature of two works: MOON BEHIND THE CLOUDS and George Balanchine’s SERENADE.

SERENADE is staged by Rebecca Metzger, performed to music by Tchaikovsky. MOON BEHIND THE CLOUDS is a collection of works developed during the pandemic by South African choreographers Veronica Paeper, Kirsten Isenberg, Yaseen Manuel, Lindy Raizenberg and Marlin Zoutman. It includes writings of Max Ehrmann which is narrated by acclaimed performer Marcel Meyer adapted by Nathalie Vijver with lighting design by Wilhelm Disbergen. The work also features sopranos Nozuko Teto and Hlengiwe Mkhwanazi in The Flower Duet taken from the Opera Lakme. These limited performances will feature the KZN Philharmonic Orchestra widely known as Africa’s premier orchestra.

Debbie Turner, CEO of Cape Town City Ballet said “We are delighted to be returning to Durban where we received such a warm response from audiences with our production of A Christmas Carol, We are grateful to our partners The Playhouse Company and the KZN Philharmonic Orchestra who have enabled us to bring the joy of these live performances to Durban after what has been a difficult year for many.”