Andy Coetzee – Swimming with the sharks 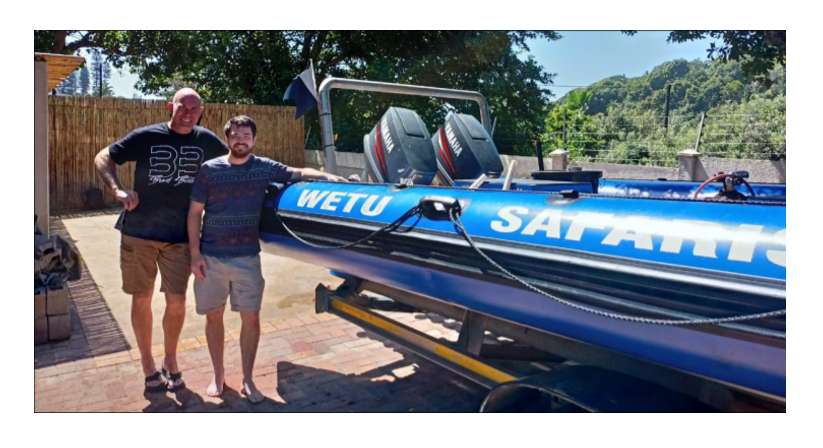 Imagine someone says to you, “Let’s go and swim with some sharks, no scuba, no cage, just us and the sharks in the crystal-clear water.”

What would you do?

The overwhelming reaction is a fear-based perception of what sharks are, prior to the swim. This is always completely reversed post swim. A sense of wonder, appreciation and joy exudes from the free-divers once they have spent an hour swimming amongst the sharks.

If a person had only been exposed to images of car accidents, depicting it as a killing machine, I am sure that they would be terrified of travelling by vehicle. The fact that more people are killed in South Africa on an Easter weekend visit to the coast, than all the annual shark fatalities in the world.

So, this is all about perception. The movie ‘Jaws’, and the current media hype hinting that anything that looks like a shark is a killer has fueled this viewpoint. To me, this is a skewed portrayal of sharks worldwide. Considering that we, as a human race, kill more than 100 million sharks per annum for food, it is the sharks that are in fact terrified of us. And rightly so.

Using bait to attract sharks on Aliwal Shoal is a tourism draw card and has been hugely beneficial in disproving the myths that go with sharks.

Wetu Safaris, a permitted and conservation focused operation on Aliwal Shoal, uses this method judiciously to attract sharks closer, so that the free-diver and snorkeler guests can swim among the sharks without restrictions.

Aliwal Shoal has a plethora of marine animals to free-dive with, especially the sharks. Blacktip sharks (Carcharhinus limbatus) are the prevalent species year-round with the added bonus of Tiger sharks (Galeocerdo cuvier) and the Bull Shark/Zambezi (Carcharhinus leucas) often making appearances in the warmer summer months.

Andy Coetzee and Wetu Safaris have guided many hundreds of people on these cageless shark dive experiences. Most people are so relieved that they have overcome the fear that they had of sharks, and can truly start to appreciate how beautiful these marine predators are.

Andy Coetzee has spent many years free-diving with large marine animals from Great Whites, Tigers, Bulls, Makos, Silky, Orcas and Whales from many parts of the world.

Wetu Safaris and Freedive Aliwal conduct free-dive courses, adhering to strict safety protocols and techniques, ensuring the certified free-divers are competent and comfortable in the water. Freediving is the current ‘greener’ and more environmentally friendly style of diving today. It is one of the fastest growing recreational sports in the world.

Free-diving with sharks is amazing since free-divers use only one breath to submerge and swim silently and weightlessly amongst the sharks. Truly a liberating feeling.