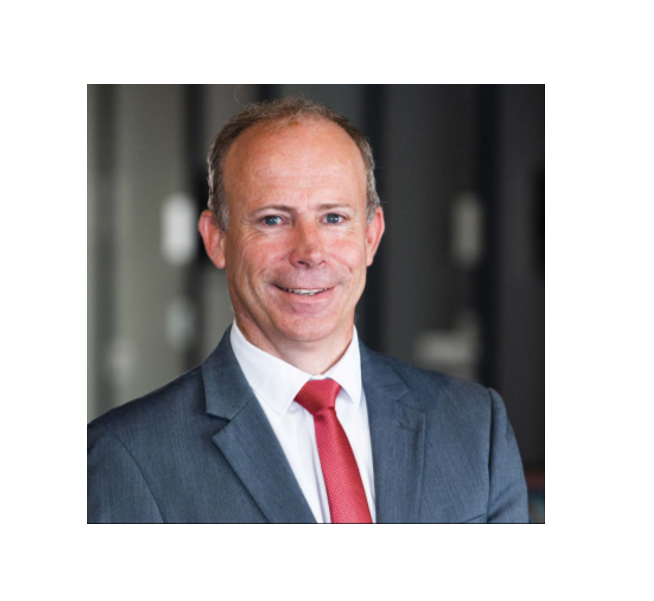 Andrew Clark is the newly appointed managing partner of Cox Yeats Attorneys, based in uMhlanga Ridge, KwaZulu-Natal and which recently opened a Johannesburg branch in Sandton. He is also the head of the maritime, international trade and insurance law team within the firm.

Clark matriculated in 1989 from Westville Boys High School. “I had some thoughts about becoming a lawyer at that point of time but didn’t know what it all entailed so I decided to do a BCom degree and see how things went.”

During the course of the BCom degree, Clark studied several law subjects in addition to commercial subjects and ultimately moved into law. He then completed articles with Adams and Adams, which is a well-known intellectual property firm. Clark worked in the maritime team in the Durban office and became a partner of the firm in 1999. In 2006 he joined Cox Yeats as partner where he continues to practice maritime and international trade law work, including marine and commercial insurance law.

“During my articles I became very interested in maritime law – it is obviously very commercial, with a lot of foreign clients, and the international flavour became part of the passion for this area of the law,” he explained.

His interest in insurance law arose out of his involvement in the maritime and logistics sector. Cargo that moves by land, sea or air is insured as are the various parties involved in the contractual supply and logistics chain, including the carriers.

“The real challenge that we as attorneys face today is with technological advancement,” says Clark. “We strive to meet our clients’ expectations and needs, which in effect are now on a 24/ 7 basis. You are constantly available to your clients whether it be on WhatsApp, email, or other forms of electronic communication.

The effect of that is that the law practice has become much more fast paced and the volumes and scale of work that a practitioner faces these days far outpaces anything that was done ten or fifteen years ago. The busy practitioners tend to be getting their work out quickly and tend to be good at what they do but that leads to more work and so one faces the challenge of balancing your own interests and what you can actually do within a day versus your clients’ expectations.”

Consequently, explained Clark, these challenges mean that one has to work very hard in the field of law to achieve success. However, he added that one does need a level of work life balance in order to obtain longevity in the career and to avoid burnout.

In reflecting on his recent appointment, Clark commented that he is a people’s person. “I feed on people around me within teams. So, part of my success has been in growing teams of lawyers around me.” He added that the skills relevant to be a leader include the need to be able to communicate well with people. “One needs to be a good listener and understand what people around you are saying.”

Of his leadership style he says that his preference is to lead in more of a light touch way. “I am dealing with people around me who are all professionals, who are skilled at their craft and who don’t require a great deal of human management. I think that it is important to lead by example and

to understand what the concerns of partners and professionals are.

As a leader one needs to make decisions and sometimes those decisions may not be popular, but they have to be made in the greater interest of the firm and the collective. Fortunately, I have the support of the senior professionals around me and my approach to decision making is generally one

of a collective nature.”

Clark has set firm goals for his own practice and that of the firm. “In terms of my own practice as a team leader, I would like my practice to continue working in the way that it is now over the coming years and to grow and become more dominant in the space that we are in.”

His goal for the firm is to continue to move Cox Yeats forward in a positive direction and to fulfil the goals and strategic plans that the partners of the firm have agreed upon. “So that over the coming years the firm continues to grow from strength to strength and continues to do what it has done for a number of years now, which is to punch above its weight and ultimately meet the desired goals, ambitions, and strategy of the collective partnership,” he explained.

Clark commented that he is not necessarily inspired by any particular individuals, with the exception of his family, who he says, he draws a great amount of inspiration from. However, he explained that he is in awe of people who struggle to overcome adversity and just make it through their lives on a daily basis. “When I look at people who are successful it is often about how they have reacted to failure or reacted to adversity and overcome that. Even if it is just in their daily lives such as getting to and from a work environment, or in feeding their family. To me there is a lot of inspiration around us that one can see. It does humble one and bring one down to earth.” In giving advice to young professionals Clark says that it would depend on the stage of the career path that they are in. “I would strongly recommend to law students that they get some practical training. Take the time out to do vacation work to learn what it is practically like to be within a law firm working environment. If you pursue your passion, you will be able to get up in the morning and be happy with what you do every day, and it won’t seem like work.”